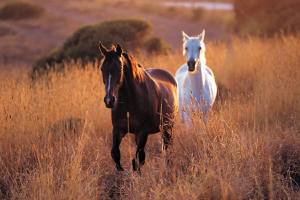 Though I don’t get sick a whole lot these days, I definitely did as a kid. The kind of sick where I would have to miss a week or two of school. It wasn’t very fun at all.

Thankfully, with the help of immunity boosters, I eventually grew out of it, and by my sophomore year of high school was ecstatic that I received my first perfect attendance certificate. My friends thought I was nuts to be happy about that, but I knew how wonderful it was to have that many days of health in a row.

But let’s get to the hamsters.

During one of my bouts of illness when I was about seven or eight, I needed to go to the emergency room because I wasn’t doing very well. While lying on the hospital bed, I watched my mom and dad talking to the doctor, and when my dad looked over at me, my little arm went up and a weak little finger wagged him over.

“What is it, Honey?” he asked. And in what must have been an awfully endearing yet pathetic moment, I mustered the energy to whisper, “Dad…can I please have a hamster?”

“Baby, you can have anything you want…” and he kissed my forehead and went back to the doctor. Though I was happy to have gotten the “yes” I wanted, I thought to myself, “Anything? Shoot, I should have asked for a horse!”

But it was the hamster I had asked for, and my dad kept his word.

Once well, we went to the pet store and picked out two hamsters—one for me, and one for my older sister.

They were just adorable—and so cute in their little Habitrail home and bubble ball to roam in.

But then the bloodshed came.

My sister’s hamster killed mine one day while I was at school. My mom took the remaining one back to the pet store and announced “I have a murderer in my car.” The clerk said he would take that one home and care for it while he replaced both hamsters for us.

We were back in business.

(Let me just make a side note and say that this wasn’t the first time my sister’s pet kicked the crap out of my pet. Before our hamster days, we had two dogs that “went to the farm” because her dog wouldn’t stop attacking mine. Hmmm. But that’s for another day.)

Back to the hamsters.

Our two new ones were off to a great start—until the male ate the brand new babies one morning. That was absolutely awful to find their chewed up little pink carcasses in the corner.

Who knew there was so much to learn about these little furballs?

After that episode, we read up on what to do when the female gives birth and then they had a successful litter. It was hard finding good homes for all of the hamsters when the time came, but it was a good lesson, too.

I guess you could call this the blissful period of our hamster days.

As time went on, the male died, and we only had Tinker, the mama, remaining with us. All was well, until one day when she just wasn’t moving. She appeared to be dead.

My dad felt awful as he realized that he had used an oil-based paint nearby where her Habitrail was, and that the fumes had probably killed her.

With great solemnity, he wrapped her in newspaper, placed her in the garbage, and told me about it. (Had I been the one to discover her, I would have fought for a proper burial!)

Late that night, my mom was reading the hamster book when she read that hamsters sometimes go into hibernation.

Though it was the middle of July, my mother and father dug the hamster out of the garbage, started a fire in the fireplace and placed her stiff little body near it to warm her and bring her back to life.

This concluded the hamster chapter of our lives.

Yep, I should have asked for the horse.

Though the housing would have required much more than a Habitrail, I’m pretty sure that these other horrific occurrences would have been avoided, and I would have been riding free through the meadows of life. 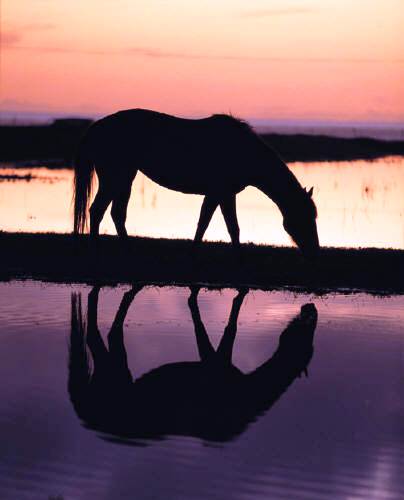 Well…a girl can dream, can’t she?