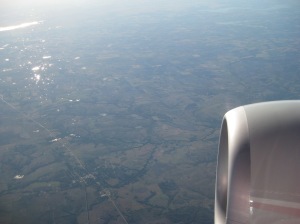 “You know what the three most exciting sounds in the world are? Anchor chains, plane motors, and train whistles.” Now, before you go rolling your eyes at another post of mine that incorporates It’s a Wonderful Life in it, just give me a chance.

As my regular readers may know, I feel strongly about this film for many reasons— in fact, I’m pretty sure I could write a book on all that this movie speaks to me about life, and maybe someday I will.

But today I want to talk about how life plays out so differently from what we may plan.

I don’t know about you, but when I was young, I had a pretty good idea of what I wanted my life to look like. So did George Bailey. In fact, his plan was similar to mine…

“I know what I’m gonna do tomorrow and the next day and the next year and the year after that,” he told his then unbeknownst-to-him future wife, Mary. “I’m shaking the dust of this crummy little town off my feet and I’m gonna see the world!”

When I was a year or two younger than the age George was when he uttered those lines, I was in college thinking about what market I would start my career in. My plan was to work in television or film production and go anywhere the work would take me. I distinctly remember driving through Nashville on a trip and thinking, “this seems like it could be a good place to start…” 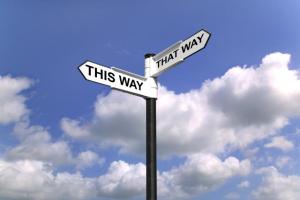 But within months, the turn my life was about to take would make that thought unimaginable.

In a little over a year from thinking Nashville might be the place for me, my dad would be diagnosed with cancer and pass into life eternal.

While George’s world became holding down the fort of the Bailey Bros Building and Loan after his dad died, I had other, less tangible forts of my own to hold down.

And neither George nor I shook the dust and saw the world the way we planned.

So what did we do?

Truth is, depending on the day, the answer varies.

As life plays itself out, there is meaning to be made of the twists and turns of our best laid plans. But there is also frustration and even resentment that God is not following the directions on my turn-by-turn navigation.

I mean, come on—I had some great ideas! And, truthfully, the fact that God has better ideas is not always easily identifiable.

Where my itinerary had travel and adventure, God’s had responsibility and sacrifice. Mine still sounds way more fun, doesn’t it?

And there are many, many other twists and turns that continue to come my way, as there are for most of us. It seems like right when I get my new route together, I can hear God say “recalculating…” 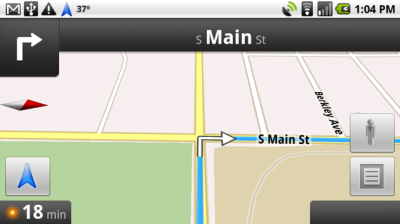 And his path is not necessarily a smooth one. Bumps, potholes, hairpin turns…where am I headed?

This certainly does not mean that I am merely on a path with none of my own choices. No—we are not God’s robots—but it does mean that I need to acknowledge that I am not in actual control. I can only be responsible for me and not my circumstances.

I must simply do my best and trust that the ultimate Navigator is leading me to the Destination I was meant for. Something I could not see with just my own vision.

George learned that his little town was far from “crummy,” and that the impact he had was deeper than he ever knew or could have planned for.

And here I am, at a place in my life that I never would have planned for myself—juggling a myriad of life changes and challenging circumstances—needing to remember that my GPS is divine, and that I simply need to trust and take the next best turn laid out for me.