In less than 48 hours—barring any hanging-chad-like issue, we will know the outcome of America’s 2016 presidential election.

As I pondered last week…what then?

This election cycle has revealed the ugliness that exists within our country. People are entrenched in attitudes that have manifested themselves in angry, hateful, bitter demonstrations of both speech and behavior. In terms of how I feel about “my” country, I’ve never been more depressed and disappointed in my life.

Is there any room for hope that we can heal this great divide?

Well, a little miracle happened this past week that gives me a glimmer of hope: the Lovable Losers have become the Lovable Winners. Yes, I speak of the World Champion Chicago Cubs.

How does this connect to our healing as a nation you might ask?

You see, all season long, the things that I used to hold up as reasons not to like the Cubs were evaporating. Management was actually trying to win and no longer be the lovable losers that they had been for over a century. Within years of purchasing the franchise, the Ricketts family’s choices to make things truly different were coming to fruition. Amazing people like Joe Madden and Theo Epstein were making changes and leading in a way that I’ve never seen before. The talent assembled was…actually talented. And charismatic. And I couldn’t help but admire it.

I found my heart softening…

By the time the World Series came, I had to admit that I would have been sincerely disappointed if they didn’t win. This was new territory for me.

I found myself qualifying my feelings. “Well, I’m not rooting for them—I’m just not rooting against them…” eventually became, “Call it what you want, but I really want to see them win.”

There was no bandwagon I was jumping on. All I was doing was letting my heart evolve beyond the line that was drawn for me since childhood.

And when they won? I was so happy for all the people I knew who are diehard Cubs fans, for the city, and for the team of guys I actually…cared about. I truly teared up with their victory. And I am one of many Sox fans I know who felt the exact same way. We were genuinely delighted with the Cubs winning the championship. 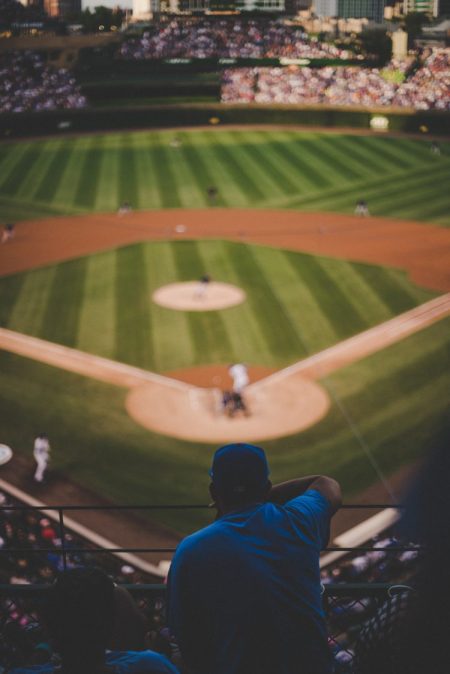 There is no betrayal of my Sox allegiance…my heart simply opened and allowed room for more. Have I become one of those “I like them both” people? No. Not officially. I’m still a White Sox fan.

But I do feel different. I feel better. My heart is fuller, and I’ve loved seeing the celebrations and joy of so many people. (I must admit that I didn’t feel the mutual love when the Sox won the World Series in 2005. Maybe that’s something Cubs fans can work on when the Sox make it to the championship again.)

Yes, baseball is just a game, but some people take it very seriously. It’s in their blood. It’s a religion. It’s what they were taught. It’s all about us vs them.

Our nation is obviously way more important and complicated than any team rivalry, but we can still see how the widest divides can be bridged with grace, empathy, and an open mind.

And we are going to need a lot of ALL of that…and more…because I’ve never seen such animosity, disdain, and just outright hatred in this country before.

But there has been, hasn’t there?

Recently I watched a program on the court-ordered desegregation of New Orleans schools back in 1960. Ruby Bridges was the little 6-year-old girl who was yelled at and spat upon as she went to school that first day in New Orleans. Spat upon. At the age of 6. She appeared on the program—now a vibrant 62-year-old woman. I couldn’t believe that her lifespan represented the time back to such hatred.

But then I guess I have to…because we really haven’t grown past that, have we?

I remember studying history in school and being appalled that people could ever allow things like slavery, concentration camps, or lynchings to occur. Seeing Ms. Bridges speaking on television…sharing what she endured…it made me sick to my stomach.

This isn’t history, I thought. This is now.

That kind of hatred isn’t stuck in the past. It not only exists, but its flames are getting fanned, and we need to do something about it. We’ve got to work hard so that love trumps hate.

Yes, this is so much more than having a sports rivalry allow for joy. The kind of healing this country needs will take a lot more than a season of hope.

As I write this one day before the election, I’m truly scared for our country. We are broken and divided, and we need help. We need our wounds to heal from the inside out—not just a shallow scabbing over only to be ripped and hurt anew.

We’ve got to look at the other team and figure out how we can work together and start the healing process.

We must. The thought of my son growing up and watching a documentary on how—in his lifespan—the hate ate away at our humanity and allowed for horrible things to happen makes my heart crumble.

Make sure that by the end of the day tomorrow, you’ve cast your vote. And then recognize that we are not done. There is much work to do. We have only just begun.

All photos are my own or used with permission.

Please note that there may be advertisements below via WordPress.com. The presence of these ads does not constitute endorsement of the information, services, or products found in them.

7 thoughts on “Is There Hope to Heal the Great Divide?”