In the early afternoon of November 8, 2016, I posted this on Facebook:

By the end of the day, I posted…

And now we have had a year of the new president, and…words are still hard to come by to accurately express what I feel this new reality (show) is doing to our country.

But I’m not here to summarize my opinion on the impact of what the person elected as the 45th president of the US is having on our world. I just thought it was a good time to share a post from just over a year ago. I wrote it not able to fathom the GOP candidate winning, but I knew that no matter which candidate won—we as a country had a lot of healing to do.

One year in, if anything, we only have more healing to do.

Can our country go to counseling? Of course, not collectively, but one by one…I believe we can.

I still believe that the way to a healthier country is to listen to one another, drop condescension, refuse to reduce others to anything less than human beings who are more alike than different, and…to seek resolution rather than “rightness.”

But holy criminy do we have a long way to go.

Dear Country: Please Get Counseling After This Election
Originally published 10.31.2016 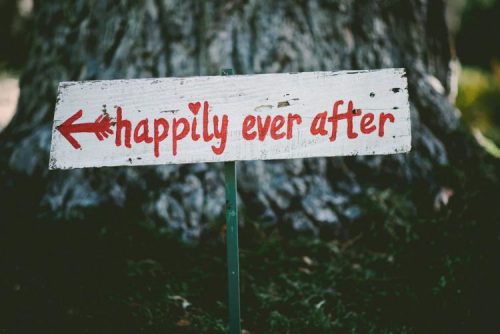 “You’ve spent a lot of time preparing for the wedding—but what have you done to prepare for the marriage?” is a question brides and grooms are asked when they take a marriage preparation class. So much emphasis is put on “the big day” that “the big life after” can get lost in the hoopla of chiffon and champagne.

And, as we close in on the presidential election of 2016, I feel the same about the “United” States. While there is obviously a huge emphasis on the election, we are woefully unprepared for the life that follows “the big day.” 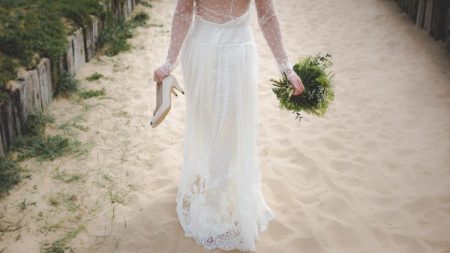 I don’t know about you, but I’m limping from this presidential campaign. “Contentious” is a ridiculously diplomatic way to describe the debacle, but one thing most all of us (I’m so hesitant to say “all” about anything anymore) can agree on is that this campaign has revealed that we have a long way to go to truly heal. And that some of us aren’t even interested in healing.

November 9th is not going to be a day we wake up and say, “Well, now that that’s over, let’s get back to the way things were…” because…we can’t unsee what we’ve seen. We can’t unhear what we’ve heard. We can’t pretend that the hatred that has been stirred up and the normalizing of hate speech, contempt, and any number of “isms” hasn’t happened.

“The way things were” just means “before we didn’t know how divided we are.”

“Before we didn’t know how much enmity and disdain existed between one another.”

“Before we knew that ‘the other’ was such a powerful tool to get people to throw scornful words and even punches at whomever they feel is ‘the reason’ why ‘we’ are not ‘great.’”

“Before we realized that not only are we not on the same page with a good chunk of our fellow citizens, but we’re not even in the same book.”

Maybe you already knew. I didn’t.

It’s not that I thought that we were “there” as a country. I knew we had a long way to go with many, many things. I knew that people have drastically different visions of what needs to happen in our country. I knew that all the negative “isms” and phobias not only exist, but are thriving well beyond where they should be—especially in 2016. I knew that some people place blame on others—and vice versa.

I didn’t have my head in the sand. I just didn’t understand the level of vitriol that existed within people—particularly those who profess a love of God and their neighbors.

My heart has broken so many times when I hear, see, or read the accusations and taunts of not just strangers but people I know. It breaks at how often the facts are forgotten or never even bothered with because it’s just easier to repeat invective than spend the time learning whether or not it’s true.

What becomes of the brokenhearted?

This old song has new meaning for me these days…

So…what happens after the election? How do we begin the marriage? Saying we’ve got a lot of work to do is a ginormous understatement. Where do we start?

I vote for counseling. (Yes, election pun intended—I may be brokenhearted, but I’m not dead.)

Okay, I know we can’t all collectively head to a counselor and talk things through…but we can follow the basic golden rules of counseling as we deal with one another…

We can attentively listen, be patient and honest, take responsibility when appropriate, give grace, avoid name-calling, interrupting, and snap judgments—and seek a resolution rather than “rightness.”

It won’t be easy—but it will be true.

I’m trying really super hard not to see this as an impossible task. As I say to my son when he’s asking for the odds on something that he knows is a longshot, “It’s possible…but not probable.”

But we’ve got to try. We’ve got to hope that if we all do—or enough of us do—that we will make a difference.

The hope in me says that maybe this is actually the beginning of a new era where we start to work together instead of pushing apart. Maybe this all is a catalyst for change. Maybe we’ve recognized that we’re hitting rock bottom and it’s time to come together and rise.

The cynic in me wonders if maybe we’re all just unknowing participants in a horrible reality TV show.

I vote for hope. In more ways than one.

All photos are my own or used with permission.

Please note that there may be advertisements below via WordPress.com. The presence of these ads does not constitute endorsement of the information, services, or products found in them.